Menu
Amsterdam > Attractions > Around The City

Places to visit In Amsterdam On A Day Trip

There are many beautiful places to visit in Amsterdam! While the city had a multitude of it's own attractions, historic and traditional Dutch villages, gardens and other beautiful places scattered around the city are the real charm of the Netherlands! Below is my selection of the must-visit places while you are vacationing in Amsterdam.

Keukenhof Gardens are a feast for all the senses. Located in Lisse, this is the largest flower garden in the world and one of the top places to visit in Amsterdam. Each year during spring the gardens burst into a riot of colors as the grounds become covered with blooming flowers. The gardens are spread over an area of 32 hectares and feature as many as 7 million flowers, making the entire area filled with the scent and colors of blooming flowers. Visitors can see flower shows, statues and themed pavilions throughout the park. For kids there is a hedge maze, petting zoo, a playground and treasure hunt. There is plenty to see and do at the Keukenhof Gardens. The gardens also have regularly scheduled events such as the annual flower parade, Easter weekend events and traditional costume show. Visitors can also enjoy a boating cruise or bike through flower fields. 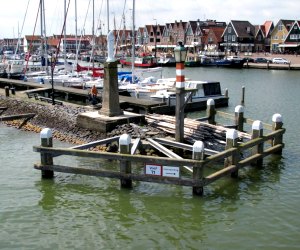 Volendam is a picturesque fishing village located 20 km from Amsterdam by IJsselmeer. Take a trip back in time and discover Old Holland as you visit Volendam. The village is one of top places to visit in Amsterdam. Thousands of people come here during the summer months for water sports. The harbor strip, De Dijk, is a lively residential and shopping street. Visitors can enjoy a leisurely stroll through the street and see traditional wooden homes and buildings. Fishing boats and working trawlers can also be seen. These still remain the main livelihood for many living in this village. The village also has a small museum showcasing drawings and paintings by artists visiting the area during the 19th century. It also has a collection of traditional clothing. 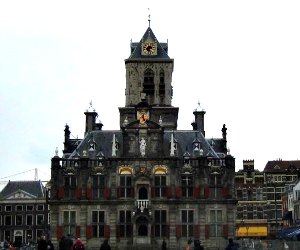 Located between The Hague and Rotterdam, Delft is an integral part of the Dutch Royal history. The city had been an industrial hub in the 19th century and is known for its research institutes ad university. It's beautiful old town features historic streets, ancient buildings and canals and is a great place to visit in Amsterdam to explore on foot. Perhaps Delft is known mostly for its beautiful Delftware porcelain. There are several old manufacturers and factories where visitors can see this wonderful craft. This traditional town has many beautiful landmarks to offer such as the Niewe Kerk, the renovated 19th century Town Hall, the Army Museum and the Technology Museum. For kids, there is a petting zoo and a water park to explore. Each Thursday visitors can see the de Markt where fresh local produce is sold. 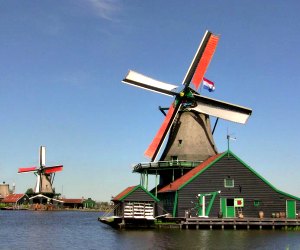 Zaanse Schans offers visitors a glimpse into life of the Netherlands during the 18th century. This historic village is well preserved with its traditional windmills, workshops, warehouses and houses. The area around the village had been an industrial hub. Hundreds of windmills were constructed to produce paper, mustard, snuff, paint and linseed oil. The village has very characteristic houses, many of which are used today as workshops, gift shops or museums. Others are private residences. Many of the windmills there are also open to visitors, making it one of the most popular places to visit in Amsterdam. For decades, Zaanse Schans has attracted visitors from around the world. It is one of the most popular attractions today in the Netherlands. The village is more like an open museum featuring an old pewter factory, a historic shipyard and even a traditional grocer's shop. 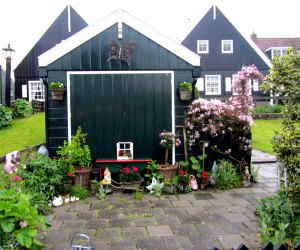 Marken is a picturesque Dutch village that often graces souvenir postcards. This gorgeous village is one of the most popular tourist attractions and one of the most picturesque places to visit in Amsterdam, due to its beautiful location and its unique culture. Located on a peninsular that stretches into the lake, the village offers beautiful views. Lining the waterfront and colorful wooden houses. The dock on the lake is crowded by many traditional fishing boats. The residents of the village are dressed in traditional costumes and still follow their unique culture and customs. The Marken Museum is housed in a well preserved traditional house and features a collection of the area's traditional clothing. It also provides a history of the area. The main attraction of the village are its wooden houses that are National Heritage Sites. The lighthouse is also a National Heritage Site and a striking building. 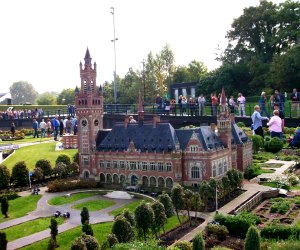 Madurodam is an incredibly popular destination in Holland, located in The Hague. It was developed as a mini-city 60 years ago. This attraction showcases Holland on a small scale through beautifully modeled famous landmarks of Holland, windmills, canals and bridges.
It is an amusing and a fun attraction and one of the most popular places to visit in Amsterdam, attracting thousands of visitors each year. Madurodam is equally popular with adults and kids. This painstakingly created model city has minute details such as beautifully manicured gardens, real plants and flowers, fig trees and miniature people watching football match in the stadium. It even has a fully functional airport, trains and harbor. Madurodam definitely allows visitors to explore the whole country in a single day. 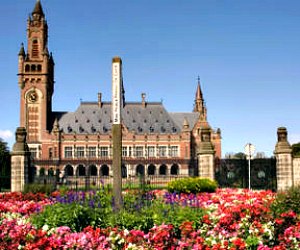 Vredespaleis or the Peace Palace is the symbol of the Netherlands' role in law and order. It is the iconic symbol of The Hague and one of the most prestigious buildings of the Netherlands. The imposing building features a neo-renaissance architecture of Dutch red brick and Belgian stone. It was designed to showcase world peace and therefore has opulent interiors. Inside is an exquisite collection of art as well as furnishings from throughout the world. Guided tours are available to take visitors through its beautiful gardens, palace museum, the library and chambers. The Peace Palace was built by Andrew Carnegie in 1907. Construction was completed in 1913 and since then it has been a center for global peace and one of top Amsterdam tourist attractions. One of the most beautiful places to visit in Amsterdam and Rotterdam, the palace is visited by thousands of tourists. 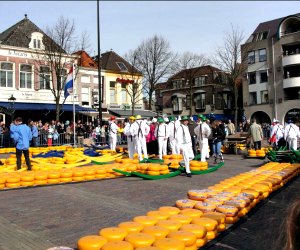 The small town of Edam is located not far from Amsterdam, on the banks of Markermeer. The town is known for producing the famous cheese brand Edam loved by people all over the world. The town had once been a famous port for timber and cheese traders. It had a market where farmers from around the area sold goods at the cheese market. This traditional market is fully recreated each Wednesday during the months of July and August. The market features traders, farmers, inspectors and cheese carriers to transport visitors back in time. The town also has an Edam Museum located in a traditional house built in the 1540s. The museum has a collection of 17th cetury furniture, paintings and historical artifacts. The town is also home to the Carillon Tower featuring a beautiful gothic facade. One of the most popular places to visit in Amsterdam, its attractions include quaint teahouses, canal houses and drawbridges. 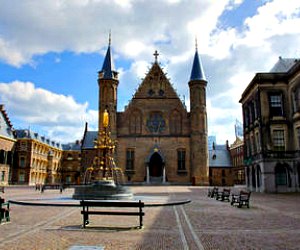 Translated into English as Inner Court & Hall of the Knights, Binnenhof is a magnificent hunting lodge dating back to the 13th century. The lodge was once the center of the political life in Holland. Today it's one of the historic places to visit in Amsterdam. It's home to the First and Second States General Chamber. The courtyard of the lodge is a cobblestoned area where the twin-towered, beautiful Hall of Knights is located. The beautiful interiors feature lead glass windows featuring the coats of arms of various Dutch cities and provincial flags. This has been the location of the annual queen's address to the Parliament. The former Head of State quarters are located next to Ridderzaal. Many of the impressive buildings of Binnenhof are open to visitors. The impressive Parliament exhibition is housed in Ridderzaal. Official guided tours are available to visitors. The grounds around Binnenhof are also worth visiting featuring the Court Lake Pond, a tiny island and a fountain.